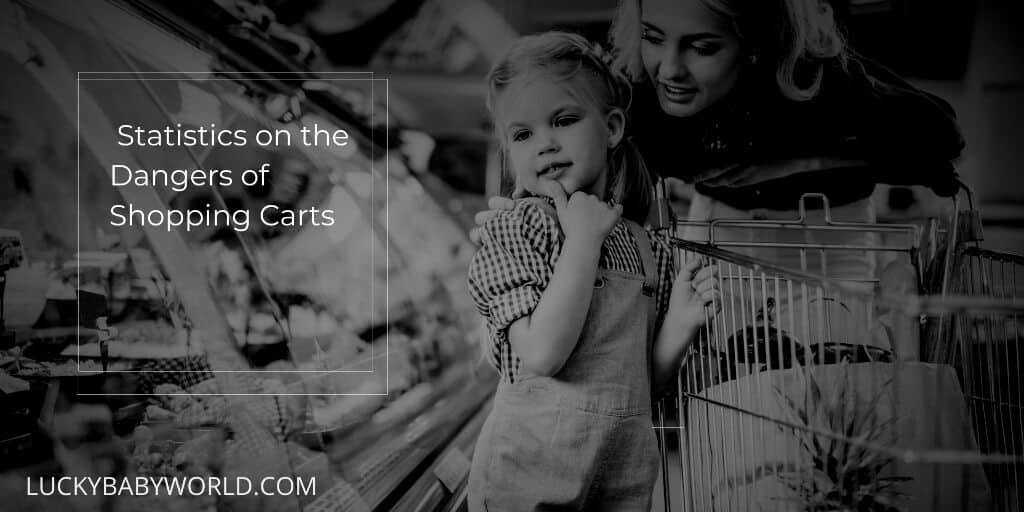 The Realities of Supermarket Safety

Many parents are completely unaware of the serious dangers of shopping carts, and the potential harm that can come from placing children in them. In fact, there have been over 21,000 cart-related injuries to children under 5 that required hospitalization in a two-year period. Despite the disturbing numbers, understanding the facts and risk factors can provide you with the tools needed to protect your children from the dangers of shopping carts.

The risk of a fall from the upper seat designed to hold children accounts for the greatest danger presented by shopping carts by far. The circumstances of the fall can vary widely. Up to 84 percent of all cart-related injuries are characterized as a “fall from the cart.” In the vast majority of cases, the children attempt to stand up in the cart, causing them to fall out and hit the ground. In other cases, the child falls from the cart due to its movement or other environmental factors.

While carts are designed to provide you with a certain degree of stability while in use, they still may fall over. At least 4 percent of child injuries involving shopping carts came from tipping carts. Carts have been tipped over in a variety of situations while the child was still inside, causing a number of serious injuries. Still, this statistic can be debated. Injuries involving tipping carts are often categorized as children falling from carts while they are moving.

The Risk of Collision

Children face a considerable risk for injury from a shopping cart once the cart is in motion. Children are often injured due to cart collisions of some kind. These incidents have involved the cart itself running over a child, or the child colliding with the cart when it was moving or stationary. There are also a considerable number of cases in which children sustained injuries as the cart collided with another object in the vicinity. This injury category accounts for an estimated 4 percent of cases.

The cart itself can present a serious danger to children, including lacerations, broken bones, and puncturing. General contact with the cart has resulted in these types of injuries in roughly 3 percent of reported cases. While most statistics do not specify the conditions leading up to the injury, the events can take place either when the child is inside or out of the cart. The cart also poses a serious danger of trapping body parts. At least 2 percent of cases involve limbs and fingers becoming caught in any one of a cart’s moving parts. The most prominent cases involve the wheel spokes and the retracting basket placed near the top of the cart.

The majority of cart-related injuries can be serious. The numbers inform us that the vast majority of shopping cart injuries include abrasions, contusions, or injuries to internal organs. These stats can be broken down by body part as well. The head and the face are consistently in the most danger from shopping carts, accounting for 85 percent of injuries. The arms and hands are the next most vulnerable areas of the body, accounting for roughly 7 percent of injuries. The torso is in the least amount of danger, only injured in an estimated 1,300 cases out of a survey of 107,300 reported accidents.